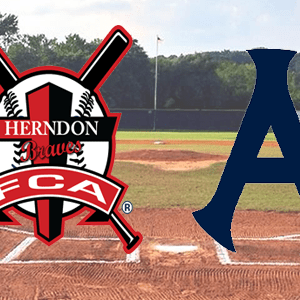 The Alexandria Aces finish off their long homestand Sunday night from Frank Mann Field with the FCA Braves paying a visit. First pitch is set for 6:30 p.m.
After splitting a double-header with the T-Bolts, Alexandria remains 8.5 games out of the lead. FCA, riding a three-game skid, sits in the league cellar at 10 back.
It will be the fifth meeting between these squads with FCA – despite what league standings may suggest – holding a 3-1 head-to-head advantage over the pinstripes. FCA’s last win came at the Aces expense June 26 at South County.
Nick Sadd (Bucknell) is slated to start for Alexandria. He’s made five appearances for an 0-1 record. The right-hander has tossed 7.2 cumulative innings good for 10 punchouts and 14 walks en route to 14 earned runs.
Sadd’s last appearance came at South County where the Braves bullied their way to six runs on just three hits in only 1.2 innings.
Opposing on the mound will be Lathan Todd. He’s recorded a 1-1 record through two starts. The Aces last saw the Citadel product on June 11 in a 7-4 Aces win. Todd was given no decision for the four-inning outing.
Since starting 0-6, Alexandria has won eight of their last 15. The club will need to make up significant ground, however, as they enter the latter half of the season 3.5 games out of a first-round playoff bye.
FCA has notably lost eight of their last ten.