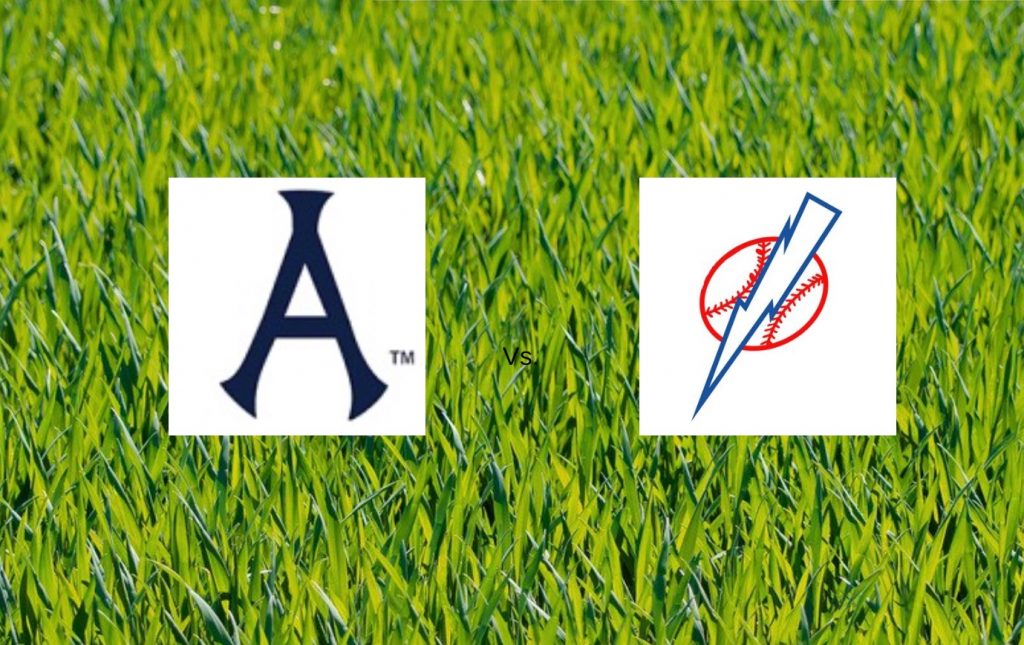 The Aces won a high scoring affair in game one of the double header against Silver Spring-Takoma by a score of 9-8. Alexandria dropped game two of the twin bill 6-5.

Game one was an offensive battle. The two teams combined for 15 hits and 17 runs in the seven-inning game.

The Aces were led on offense by Scotty Morgan (George Mason) who launched two home runs that knocked in five total runs.

After both games, Morgan sits at six home runs and 20 RBI to go along with a 12-game hitting streak.

Connor Campbell (Florence-Darlington Tech) started the game for the Aces, going four innings and giving up five total runs (four earned). Zach Fruit (Lansing CC) pitched the last three innings and picked up the win for the Aces, making him 2-0 on the season.

Fruit gave up four hits, three runs (two earned), walked none and struck out two in his three innings.

Game two was not as successful for the Aces. Alexandria took the lead in the second, but two runs in the third gave the Bolts the lead. The Aces came back to tie the game in the seventh inning after Javon Fields (Towson) walked and scored on a single from Morgan.

The Aces however, gave up two runs in the top of the eighth and the Bolts shut the door in the bottom of the frame to get the 6-5 win.

The Aces’ offense mashed 11 hits in the game, but could only muster five runs from it. One of those runs came on a Max Romero (Vanderbilt) home run in the second inning. It was his second of the year and his first at Frank Mann Field.

Romero entered the day with a .625 on base percentage and a 1.265 OPS. He walked twice, homered and knocked in two runs in eight times at the plate in the double header.

The Aces are back in action on Sunday at Frank Mann Field against the FCA Braves. First pitch will be at 6:30 p.m. and can be heard on mixlr.com/alexandriaaces.