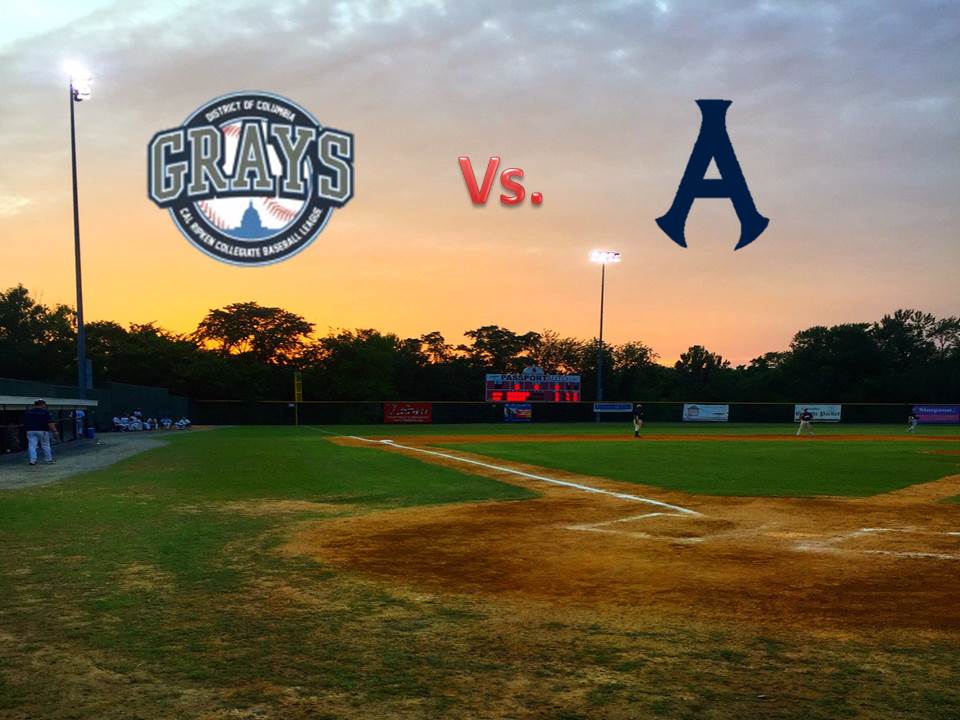 After inclement weather postponing Sunday’s date with the Bethesda Big Train, the Alexandria Aces are back at Frank Mann Field Monday in a D.C. Grays hosting. First pitch is set for 6:30 p.m.
The Grays stand atop the Cal Ripken League standings, though have been proven mortal in a recent 7-4 loss to the FCA Braves. They stand at 4-1 record as the Aces – still bidding their first win of the summer – are four games back.
The Aces are coming off their best offensive showing after putting up eight runs on the Gaithersburg Giants behind nine hits. Riley Cheek (UNC Charlotte) was a catalyst for the offensive emergence carding two base hits in the first frame alone.
Casey Mayes (Michigan State) continues to prove himself integral to Alexandria’s lineup as he’s 5-8 in his past two games recording a pair of doubles, one RBI, and three runs.
The Grays lead the league offensively on a .247 cumulative batting average which has in turn scored 38 runs. The Aces have shown improvements defensively since opening day, and will need to make another step forward to ink the win column.
Will Palinkas (UNC Charlotte) was slated Sunday for the pinstripes, but will likely heed the call for D.C.’s visit. His last outing against the Grays featured just one earned run in two innings of work behind three strikeouts and a pair of base knocks.
Edmund Ruffin is projected to opposes on the mound. The Aces brought in five earned runs against the right-hander in three innings the last time these clubs met.
A rescheduling of Sunday’s ballgame with the Big Train is to be determined.