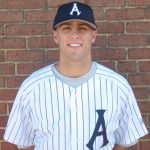 Chesdin Harrington (University of Virginia) was named to the Cal Ripken Collegiate Baseball Leagues All-League First team. Chesdin excelled at the top of the Aces rotation posting a 1.45 ERA in 31 innings pitched over 7 appearances, 5 of which were starts. His 31 innings was second on the team while his ERA was staff best. Chesdin was also selected to the 2016 South All-Star team for his first half performance. 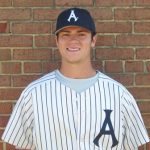 Cade Sorrells (Lipscomb University) was named to the Cal Ripken Collegiate Leagues All-League second team. The first basemen was a mainstay in the Aces line-up predominately in the 3rd position playing first base and as the designated hitter. Cade compiled a .322 batting average with 8 extra base hits over 115 plate appearances. Cade was selected as the starting first basemen for the South All-Star team and named the game’s Most Outstanding Player after a stellar performance going 2-2 with a walk, run scored and RBI.

Below is the full All-League Team: